Happy day before Fri-Yay! I'm wondering if some of you have noticed that I have been in a little baking rut. It's been almost two weeks since I posted a mouth watering baked good. I did bake a banana bread, because I had three overly riped bananas that were screaming at me, to use them, and my husband has been asking me to make some for awhile now, ok he's been asking for a long while. Did I ever mention, that I'm not particularly fond of bananas, hence my procrastination. Other than that, I just haven't felt inspired to bake anything. Never fear, with my most favorite time of year approaching, {I absolutely love baking for the holidays}, I feel the banana bread was giving me a little nudge, and then it was the day I received the book I am excited to share with you today, (affiliate) The New Sugar and Spice: A Recipe for Bolder Baking

, that boosted my baking morale.  It was just the kick I needed to get started back on the baking track! The two main reasons why I was overjoyed to receive this book, was it is focused on spicing your baking up, literally with aromatic spices like Peppercorn & Chili, Cinnamon, Nutmeg, Clove & Cardamom, Vanilla, Ginger, and Savory Herbs and Spices, and every recipe looked absolutely yummy! 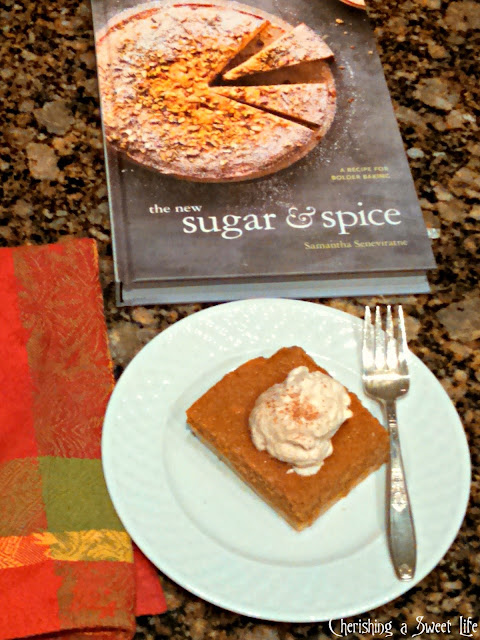 In Puerto Rico, cazuela is a traditional pie usually made during the Christmas season. It is similar to a pumpkin pie but uses sweet potato, pumpkin, and coconut milk and usually contains no pie crust. This may also come as a surprise to you, but another food that I really am happy with a simple bite, is Pumpkin Pie. I don't know if it's the texture, or the flavor, but plain pumpkin pie isn't at the top of my list, but Pumpkin Cheesecake is. I chose this recipe for not only the pumpkin lovers, but {and I know I am not alone} for those of us who don't dislike pumpkin pie, but I'm just not that thrilled about it. I don't know if it was the coconut milk, the sweet potato or the nutmeg, but after only one bite, I wanted more. The combination of the coconut milk and heavy cream, layered with the sweet potatoe and nutmeg flavor, really enhanced the flavor of this almost pumpkin pie dessert. It's amazing how a few simple ingredients can turn the ordinary into the extraordinary! 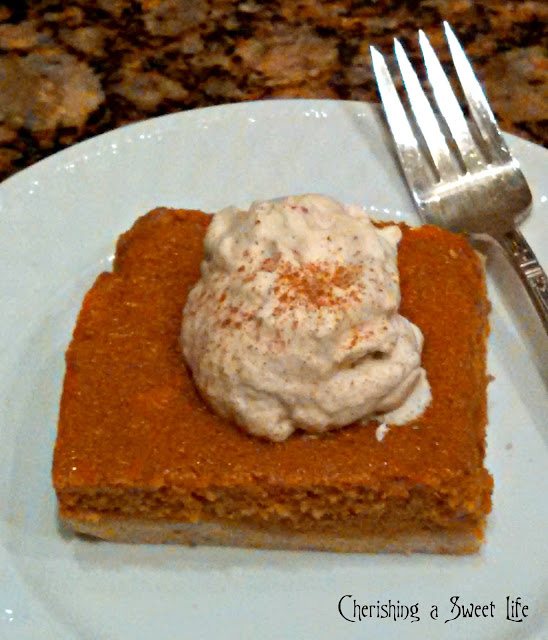 "When my father was growing up in Sri Lanka, he had a garden that sounds like something out of a fairy tale, complete with a wild pumpkin patch. The curly pumpkin vines grew with such vigor that space became an issue. The only solution was to train them to grow up the sides of the garage and onto the roof. The bright orange orbs would swell and sweeten on the roof, which I imagine was quite a sight! His prolific pumpkins were the inspiration for these bars."

To read more reviews on (affiliate link) The New Sugar and Spice: A Recipe for Bolder Baking 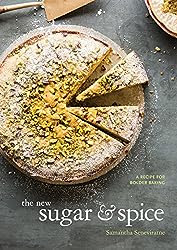 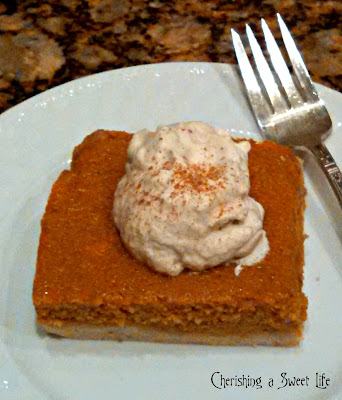 2. In a stand up mixer, cream butter and sugar  on medium speed until fluffy, for 3-4 minutes. Add the salt and flour and beat just until the four is evenly moistened and the mixture is the texture of a coarse meal. Pour the crumbs into the pan and press down into an even layer. Bake until golden brown and set for 20-24 minutes. Let it cool, while you prepare filling.

3.Add the sweet potato, pumpkin, coconut milk, heavy cream, sugar, nutmeg, cinnamon and salt to mixing bowl. Mix until smooth. Scrape down the sides of the bowl. Add the eggs and mix just until combined. Pour the sweet potato mixture onto the prepared crust, and bake until filling is set with a slight jiggle in the center 35-45 minutes. Cool for about an hour, and then cover and refrigerate it for at least 3 hours. Serve with a dollop of Maple Whipped cream.

In a stand up mixer fitted with a wire whisk, begin whipping 1 1/2 cups heavy whipping cream, until fluffy 3-4 minutes. Add 2 Tbls. Pure Maple Syrup, and 1-2 Tbls. sugar. Whip to combine. Do not overwhip.

Enjoy the rest of your weekend!

Until next time!
xo, 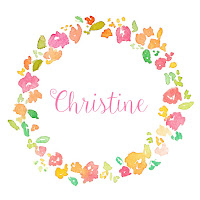 
Disclaimer: I received my copy of The New Sugar and Spice for review purposes from
Blogging for Books but all opinions are my own.
Posted by Unknown at 10:53 AM 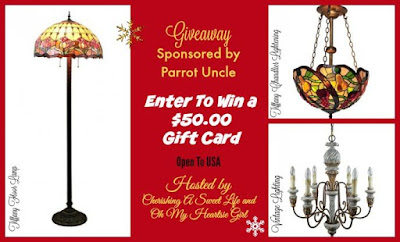 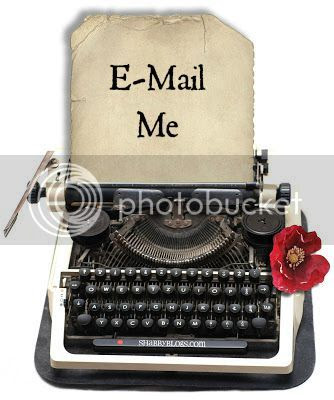 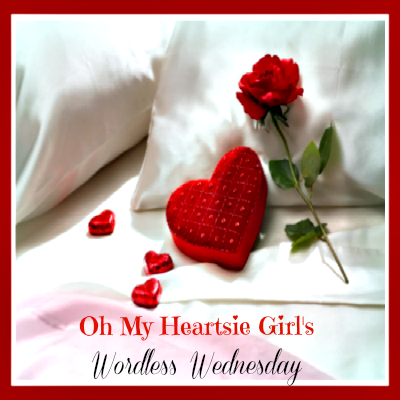 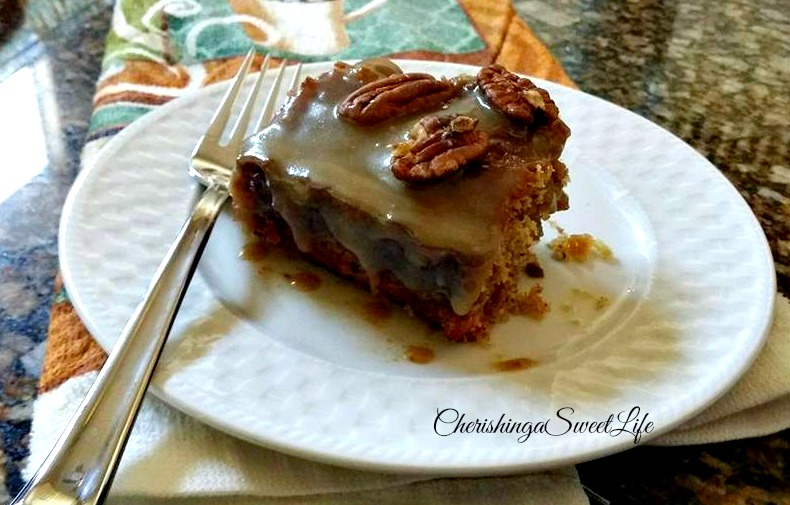